Calvary, Couponers, and Crafters » Bible Prophecy » End of the Age Updates for 6/26 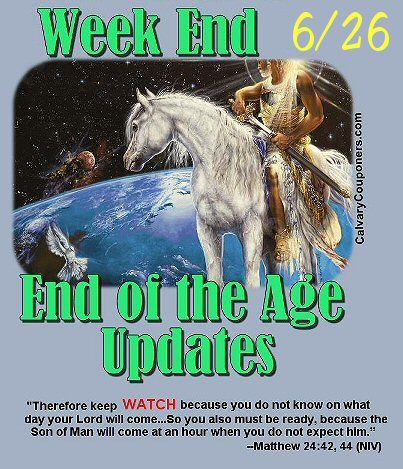 (no new videos this week)

Prophecy in the News (Gary Stearman): Mark of the Beast with Don Perkins:

John Holler from Fellowship Bible Chapel, Columbus, Ohio for 6/26 “Heading for the Exits!”:

Both Russia and North Korea anticipate US preemptive strikes

US Indirect Threat To Russia

What CNN Will NOT Tell You About Russia

Other Videos this Week by Sky News:

“His Channel:  World News Briefing”  Tom Hughes and Mike MacIntosh 6/23/16 (click on image below to bring up page):

Perry Stone (a few weeks old, but very relevant) “The Epicenters for the Apocalypse”:

I’m not necessarily endorsing the following videos yet, but think they may warrant our consideration. Most are from this past week, a few may be a bit older. Share what you think!

Brexit is a bad omen for world commerce

How Brexit could push mortgage rates to historic lows

The British are frantically Googling what the E.U. is, hours after voting to leave it

How Immigration Fueled the Brexit Result

Too straight, white and corporate: why some queer people are skipping SF Pride