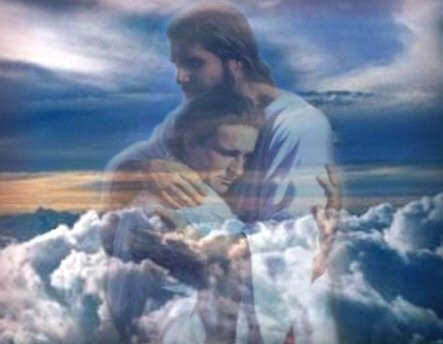 It’s Wednesday of Holy Week and in the contrast of the week of Christ’s progression towards the cross, Christ’s foreknowledge of what awaited him on Calvary boggles the mind.  He knew what awaited Him a few days hence, but he remained in Jerusalem preaching to the lost, healing the sick, keeping His presence with those who follow Him, those who seek to kill Him due to their jealously of Him, and to those who ultimately will scream for His crucifixion.  He knew that just as the prophets foretold, just a few days from then he would have a crown of thorns embedded into his skull, have his beard pulled out, be spat upon and mocked, and be whipped with a cat of nine tails (a whip with broken bone fragments, glass and nails) to the point that his flesh was ripped from his body and he was unrecognizable.  All this leading Him to the cross where he had spikes driven through his feet and hands and suffocated trying to get his breath all the way to the point He gave His life.  This whole series of events He walked towards knowing the cost He would pay but willingly enduring it to bridge the gap to the Father for us all.

“ Looking unto Jesus, the author and finisher of our faith, who for the joy that was set before Him endured the cross, despising the shame, and has sat down at the right hand of the throne of God.” –Hebrews 12:2 (NKJV)

In writing this devotional, I was searching for an image to share of what the cat of nine tails might look like and I found this video instead.  I cannot imagine what our Lord went through being whipped with that and having his tissue ripped from his body.

The following is a devotional from John Piper, “The Depth of Christ’s Love:  It’s Cost”:

The Depth of Christ’s Love Revealed in Its Costliness

Today I want us to see the depth of Christ’s love revealed in its costliness. Let’s look at Ephesians 5:1–2,

Therefore be imitators of God, as beloved children; and walk in love, just as Christ also loved you, and gave Himself up for us, an offering and a sacrifice to God as a fragrant aroma.

Be sure to see four plain and wonderful things here.

An Illustration of Costly Love

Sometimes we are so familiar with spectacular it doesn’t move us as it should. We have to look at something lesser, be amazed, and then look back to really feel the wonder of the original. Chuck Colson told the story of a group of American prisoners of war during the Second World War, who were made to do hard labor in a prison camp. Each had a shovel and would dig all day, then come in and give an account of his tool in the evening. One evening 20 prisoners were lined up by the guard and the shovels were counted. The guard counted nineteen shovels and turned in rage on the 20 prisoners demanding to know which one did not bring his shovel back. No one responded. The guard took out his gun and said that he would shoot five men if the guilty prisoner did not step forward. After a moment of tense silence, a 19-year-old soldier—the age of my Ben—stepped forward with his head bowed down. The guard grabbed him, took him to the side and shot him in the head, and turned to warn the others that they better be more careful than he was. When he left, the men counted the shovels and there were 20. The guard had miscounted. And the boy had given his life for his friends.

Can you imagine the emotions that must have filled their hearts as they knelt down over his body? In the five or ten seconds of silence, the boy had weighed his whole future in the balance—a future wife, an education, a new truck, children, a career, fishing with his dad—and he chose death so that others might live. Jesus said in John 15:13, “”Greater love has no one than this, that one lay down his life for his friends.” To love is to choose suffering for the sake of another.

Jesus has loved you this way. Only, O so much more! Consider the life he laid down. One of the reasons that story hits us so hard is because the boy was 19 years old. If he had been 89 years old and the others 19, we might say it was a beautiful act of love, but with a full life behind him it would not feel like the same kind of sacrifice as when your whole life stretches in front of you. So consider the life that Jesus sacrificed for you.

First of all, he was young too. He was about 33 years old. His ministry was three years old. He was cut off, as we say, before his prime.

2. He Was the Oldest Son of a Widowed Mother

Second, he was the oldest son of a widowed mother. One of the last acts of his life was to see that she be taken care of.

The life he was giving up for you was young and, from a human standpoint, it was a life needed by his mother.

3. He Was Sinless and Perfect, the Most Worthy of Living

Third, he was the most kind and caring and wise and courageous man who ever lived. Peter testified, “He committed no sin, nor was any deceit found in his mouth” (1 Peter 2:22). Even his enemies knew they could find no fault in him (Matthew 22:16) “I find no guilt in him,” Pilate said (John 19:6). So the life he gave for us was no ordinary life of human value—which would be great enough. It was a sinless life. A life of perfectly balanced joy and sorrow, tenderness and toughness, justice and mercy, grief and anger, speech and silence, prayer and action. This life, of all the lives that have ever lived, was the most valuable life. The most worthy of living, the least worthy of dying. This is the life he gave for you—that you might live.

Fourth, he was the Son of God. Which means he was God as well as man. United to his human nature was a divine nature, in the mysterious unity of one person. The dignity and worth of this life was not just relatively superior to other human lives. This life was of infinite value—not the way other humans are of value, but the way God is of infinite value, namely, as the basis of all human value. Humans have value to the degree that we reflect the image of God. But that means that if the image has so much value because of the original, how much more value must belong to the original? With this life Jesus went to the cross for you. This is how much it cost to cover our sins against the holiness of God. And he paid it willingly so we could live.

5. He Was Supremely Loved by His Father

Fifth, as the Son of God Jesus was supremely loved by his Father in heaven. “This is Myloved Son,” the Father said, “with whom I am well-pleased; listen to Him!” (Matthew 17:5). Suppose that 19-year-old prisoner of war was the son of the President of the United States—and he knew that there were powers available to him to escape not only the death he died but also the prison camp—and suppose that you find out that his father, the President, not only had a massive love for the boy, but also approved of his dying for you, and wanted to meet those of you for whom he died, and give you some of the boy’s inheritance. Would not the worth of that life be so unspeakably precious as to make you feel absolutely overwhelmed with love?

Consider Also What the Sacrifice Involved

And consider now not only the life that Jesus sacrificed for us, but consider also what the sacrifice involved. To get to the point where he could die, Jesus had to plan for it. He left the glory of heaven and took on human nature so that he could hunger and get weary and in the end suffer and die. The incarnation was the preparation of nerve endings for the nails of the cross. Jesus needed a broad human back for a place to be scourged. He needed a brow and skull as a place for the thorns. He needed cheeks for Judas’ kiss and soldiers’ spit. He needed hands and feet for spikes. He needed a side as a place for the sword to pierce. And he needed a brain and a spinal cord, with no vinegar and no gall, so that he could feel the entire excruciating death—for you.

The 19-year-old boy was a wonderful picture of love. But compared to Jesus he was only a picture. His death was quick and relatively painless. Jesus’ death was one of the worst kinds of torture devised for human pain. So when Ephesians 5:2 says, “Christ loved you and gave himself up for us,” don’t breeze over the words: “gave himself up.” His love is great in proportion to the costliness of his sacrifice. And his sacrifice was horrendous.

How Personally Should We Take This Love?

We should ask in closing, how personally should we take this demonstration of love? Should you feel personally loved this way this morning and later on today and tomorrow morning? Or should it remain a kind of general, great, historic wonder that you look at from a distance with admiration—like the depths of the Grand Canyon? The answer is given by the testimony of the same writer, Paul, in Galatians 2:20b,

The life which I now live in the flesh I live by faith in the Son of God, who loved me, and delivered Himself up for me.

This is what the apostle and the Lord himself are calling you to this morning. To see the depths of the love of Christ for you. To believe the love that he has for you. And to send the roots of your life down, down, down into this bottomless love. And say with Paul,

The life which I now live in the flesh I live by faith in the Son of God, who loved me [me, personally], and gave himself for me.