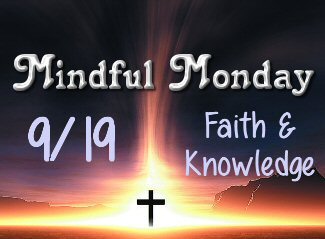 Have you ever been faced with a conversation as a  Christian where you’ve had to defend your faith? This week’s devotional by Jeff Myers responds to that for us Christians and for those of you who may not be believers in Jesus, but who offer up the question.

Acts 17:11-12 tells us, “Now the Berean Jews were of more noble character than those in Thessalonica, for they received the message with great eagerness and examined the Scriptures every day to see if what Paul said was true.  As a result, many of them believed, along with quite a few prominent Greek women and men.…” (NIV).

The Lord wants us to know why we believe what we believe.  We are called, like the Bereans, to examine the scriptures to really understand it and to understand why we believe what we think we know.  Both of my grandfathers were pastors and it would have been easy for me to think that I only need to go by what my grandpas said because of my love and respect for them.  As much as I loved my grandpas and love their memory, God is our heavenly Father and our creator.  He wants us to understand His Word as HE is the One who wrote it!  He wants us to get to know Him and He gave us the Bible to do so. Notice above in verse 12 that these were prominent people. Greeks were well known for their love of learning and knowledge. These people believed as a result of their examining the scriptures DAILY.

Isn’t Christianity Based On Faith, Not Knowledge?

Steven Pinker, a professor at Harvard University, defines faith as “believing something without good reasons to do so.” But this is far too simplistic if not downright misleading. Certainly, biblical faith is a gift of God (Eph. 2:8), and it involves trusting that God is who he says he is and will do all that he has promised to do. But biblical faith is based on knowledge, not blind obedience.

In Colossians 1:9-10, the apostle Paul says, “And so, from the day we heard, we have not ceased to pray for you, asking that you may be filled with the knowledge of his will in all spiritual wisdom and understanding, so as to walk in a manner worthy of the Lord, fully pleasing to him, bearing fruit in every good work and increasing in the knowledge of God.” The more we know, the better able we are to walk by faith.

Biblical faith is not blind. As we will see, the Bible is unique among books because it includes so many specific details—details that can be observed to be true or not true. It practically invites scrutiny. The apostles were confident not that their faith would be interesting to others but that it would be seen to be factual.

In 1 Corinthians 15:19, the apostle Paul tells his readers, in essence, “You can check out the evidence for the resurrection of Christ for yourself. You’ll see that it actually happened. And if it didn’t happen, everything else I’m telling you is false.” Maybe it was based on the apostle Peter’s own occasional doubting that he encouraged his readers to be prepared to give good reasons for the hope they placed in Christ (1 Pet. 3:15).

What makes faith valid is not that we have it but that the object of our belief is actually worthy of belief. Theologian David Clark says, “Faith derives its value not from the intensity of the believer but from the genuineness of the one she believes in. True faith is faith in the right object; faith in an unfaithful person is worthless or worse.” It is not enough to be sincere in our belief.

We can sincerely believe that our parachutes will deploy as we jump out of a plane over Central Park, but all the sincerity in the world won’t help if the parachutes turn out to be ordinary backpacks.

So what do we do with doubt, then? All of us experience doubt because all of us are limited in our knowledge. We have questions for which we have not gotten satisfactory answers. But doubt can actually be a healthy part of a Christ-centered, thoughtful life. Here’s how pastor Tim Keller says it:

“A faith without some doubts is like a human body without any antibodies in it. People who blithely go through life too busy or indifferent to ask hard questions about why they believe as they do will find themselves defenseless against either the experience of tragedy or the probing questions of a smart skeptic. A person’s faith can collapse almost overnight if she has failed over the years to listen patiently to her own doubts, which should only be discarded after long reflection.”

Dealing with doubt is part of what it means to mature in the faith. It takes courage to doubt. But here’s a hugely important key: rather than just give up, you should be specific about what bothers you, and you should gather the will to look for answers. Learn to doubt your doubts so they will not overpower everything else in your life.

Did you enjoy this reading plan? If so, enter to win the full book here

“Now faith is the assurance of things hoped for, the conviction of things not seen.” -Hebrews 11:1 (ESV)