Calvary, Couponers, and Crafters » Bible Prophecy » End of the Age Prophecy Updates for 10-01-18 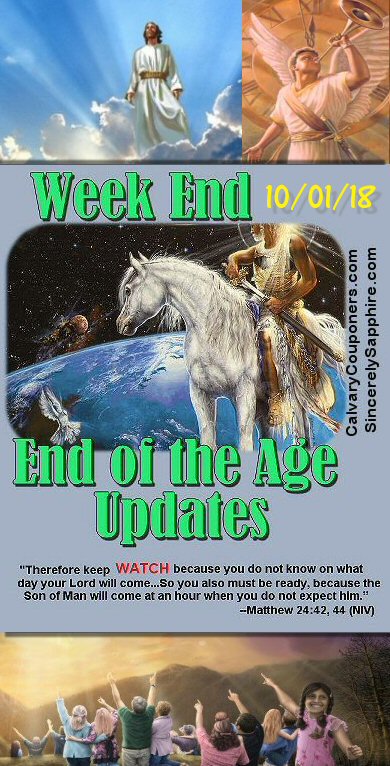 Hello everyone!  I hope you are well and adjusting to a new season as Fall as entered my part of the hemisphere recently.  I normally post the End of the Age Updates on Sundays, and today is Monday. I am considering switching to Mondays simply because I’ve become so busy on Sundays between blogging and teaching a class on Revelation (we have our weekly chat on Sunday evenings) that I’m not relaxing on the Lord’s day as I think we should.  It’s not set in stone yet, and I’m still praying about it, but I am leaning that way.  We’ll see what the future holds 🙂  Don’t be surprised if you start seeing this on Mondays however.  The fonts may look a little different in today’s post because I wrote most of this on my cell phone while my husband drove down the interstate going to a doctor’s appointment 🙂

There is no update by pastor J.D. this week from his church because he is part of Jan Markell’s , “Understanding the Times” prophecy conference which you can view in these two videos!  This year for the first time only, they have made the conference available for free.  I didn’t manage to watch it when it was live, but I’m grateful that it’s available for us on YouTube!  –>

Joel is a Fox news contributor now and you can see his latest contribution here:

I really encourage you to follow his blog posts HERE and HERE.

Joel is very intelligent and up to date on current events involving Israel (where he and his family now live, having made Aliyah there so they are duel citizens of the US andd Israel now), the Middle East, Russia, and others. I own every book he’s written and have learned a great deal from him. You can find his books HERE, which I highly recommend! 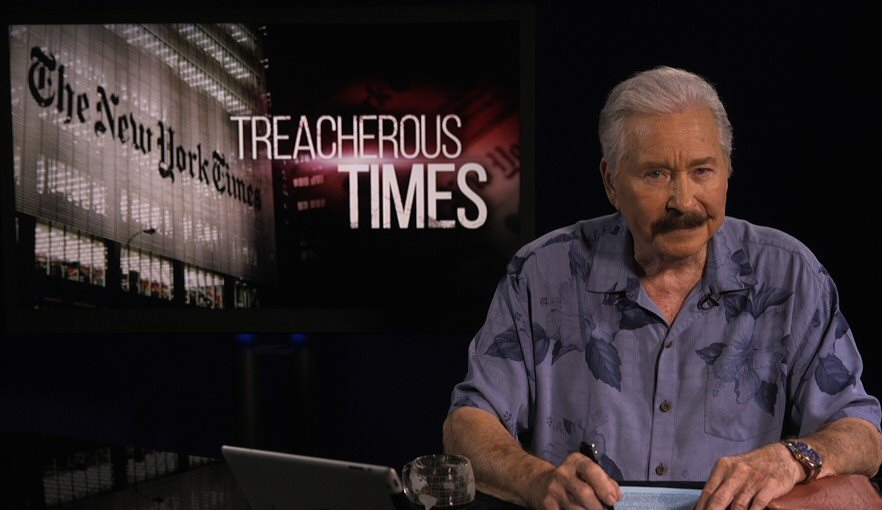 (Jack was part of Jan Markell’s prophecy conference, so look for him in her videos this week.)

other videos at Shofar –> 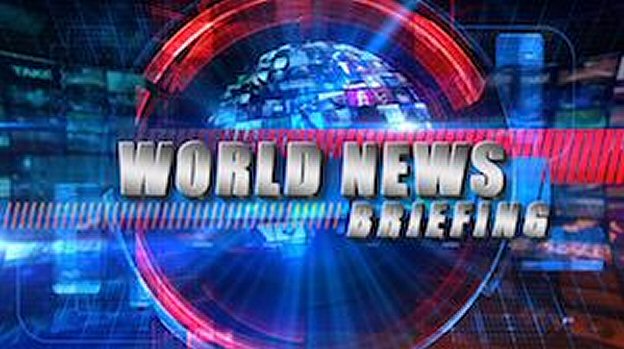 (See videos under Pastor J.D.Farag above for the videos of Jan’s “Understanding the Times” prophecy conference just a few days ago!)

UN envoy to Mideast: ‘Gaza has not been forgotten’

Norway mediating between Israel, Hamas for return of soldiers’ bodies

Netanyahu At Odds With Trump Over Two-State Solution

In 3 years, Russian strikes on Syria said to kill 18,000, half of them civilians

Kurdish PUK party says it will not recognize poll result

Trump: Democrats trying to take power ‘by any means necessary’

Graham rips Dems on Kavanaugh, says he’ll ‘get to the bottom of’ FBI probe

Jeff Flake: ‘Not a chance’ I would have suggested FBI investigation into Kavanaugh if seeking re-election

Kavanaugh sounded like he was ‘wrongly accused’ at hearing, Flake says

Indonesia Tsunami Toll Climbs Above 800. ‘It Is Very Bad.’

Apocalyptic scenes in Indonesia after earthquake and tsunami hit Sulawesi