Calvary, Couponers, and Crafters » Bible Prophecy » End of the Age Prophecy Updates for 7/1/18 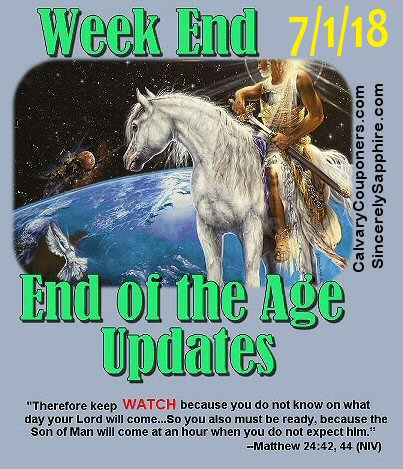 Hi everyone!  I hope those of you in my area of the United States is staying cool and drinking lots of water!  It sure is a swelcher out there! It’s 91 here in north central Ohio (with high humidity making it feel like 97). Ugh.  Remember to keep your pets inside and check on your neighbors!

I’d been working really hard around the house preparing for some yard sales, but the past few days while under a heat advisory I haven’t been doing much physical work (which my back and knees are really thanking me for).  I’ve been working on the underside of my blogs and my fixing a few glitches on my laptop while I was at it.   I really hope the heat lets up soon though. I need to get my cleaning groove back!  When we moved in here (three years ago on Thursday!) the realtor told us it had central air.  When we moved it we discovered he had lied and there was no air. So we bought a window air conditioner for the bedroom and use a box fan to try to blow some of the cool air down into the rest of the house. The other windows are the tall crank-out type you can’t put a window unit in :/

But I’m thankful for the one we do have. If we get too hot, we just go to the bedroom.  Now on to our updates!

(I’ve been having a tough time finding Joel’s recent videos. I know he stays busy working for the Lord writing and appearing but if you know of a source that has recent videos of his, please contact me and let me know! Thanks! 🙂 )

I really encourage you to follow his blog posts HERE and HERE.

(No update this week)

(No video this week) 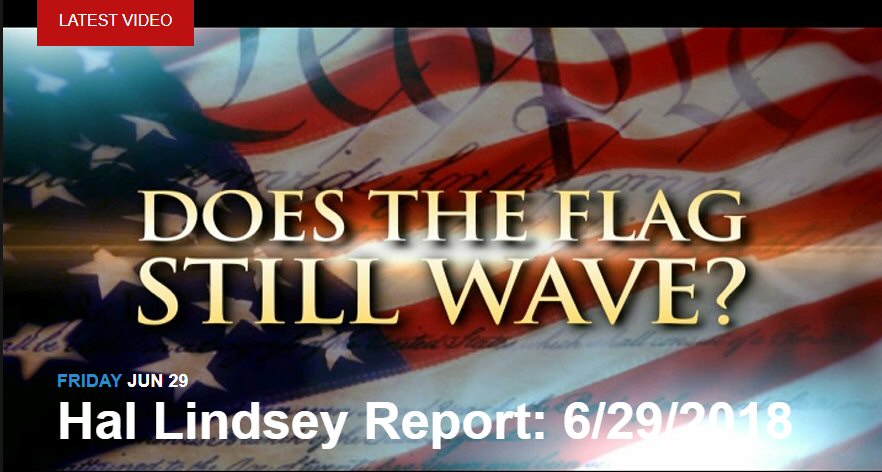 (See Jan Markell below for her interview with Jack)

You can pick up Troy’s book here —>

This one is from last month, but very relevant:

(No prophecy-related video this week)

Abbas said to have refused US offer to meet Kushner, Arab leaders

What School Shootings and Palestinian Terror Have in Common

Israel takes in 6 Syrians hurt in latest fighting, 4 of them newly orphaned kids

Syrians fleeing fighting call on Israel to save them

Protesters against Iranian regime see a free Tehran ahead

Trump ally Giuliani says end is near for Iran’s rulers

Iran looking for ways to export oil despite US sanctions

Beneath the surface, a quiet superpower race for nuclear supremacy

Carrier USS Harry S. Truman Operating in the Atlantic as Russian Submarine Activity is on the Rise

Analysis: A new civil war is already upon us

Over 600 marches underway across US over Trump immigration policy

‘Where are the children!’: Families Belong Together rallies take over USA

Trump calls US immigration laws ‘the dumbest anywhere in the world’

Venezuela’s inflation hits more than 40,000% as investors dump its currency ‘like a hot potato’

Ebeko volcano on the Kuril Islands erupts to 11,000ft

This ‘FitBit for your stomach’ charges itself using your organs

Study: About 1 in 5 adults use pot, many report driving high

Istanbul LGBT pride march will go ahead despite ban: organizers

*All Amazon links in this post are affiliate links. By purchasing through these links, I could receive a small commission from Amazon which does not add to your purchase price at all. The compensation received will never influence the content, topics, or posts made in this blog.  It blesses me by going toward paying my web hosting fees.  I promise I only recommend products I believe in!  For more info see my Disclosure Page.