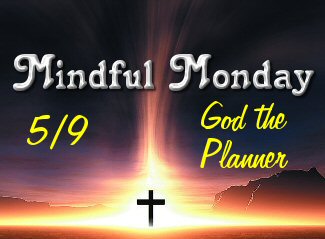 If you’re a regular reader of my blog, you will know that I’ve really gotten into the planner craze this year. I’ve always used planners, but not to the degree that I am this year.  I find I get so much more accomplished if I have it down on a schedule.  If I have it scheduled and can check off that I’ve done it, it gives me a nice sense of peace that my time has been redeemed too (Ephesians 5:16).

If the enemy can’t get at you any other way, he usually can get to you with time.  Procrastination is a big one.  I’ll do it, just…later.   Time is the one thing that when lost or robbed, we can never get back.  God is fully aware of this and He uses time for His benefit and to also teach us to not take the time we are given for granted.  I have to believe that God doesn’t NEED a plan or a schedule as He is omniscient, but as He made us in His image, He sets up a plan to be an example of what we as mere humans should follow because unlike Him, we are not omniscient.

Here is a good devotional along this line from Max Lucado. It will help us all, I think! –>

The Discovery That Changes Everything

You are in the hands of a living, loving God. Random collection of disconnected short stories? Far from it. Your life is a crafted narrative written by a good God, who is working toward your supreme good.

God is not slipshod or haphazard. He planned creation according to a calendar. He determined the details of salvation “before the foundation of the world” (1 Peter 1:20). The death of Jesus was not an afterthought, nor was it Plan B or an emergency operation. Jesus died “when the set time had fully come” (Galatians 4:4 niv), according to God’s “deliberate plan and foreknowledge” (Acts 2:23 niv).

God isn’t making up a plan as he goes along. Nor did he wind up the clock and walk away. “The Most High God rules the kingdom of mankind and sets over it whom he will” (Daniel 5:21 esv). He “executes judgment, putting down one and lifting up another” (Psalm 75:7 esv). “The Lord will not turn back until he has executed and accomplished the intentions of his mind” (Jeremiah 30:24 esv). Look at those verbs: God rules, sets, executes, accomplished. These terms confirm the existence of heavenly blueprints and plans. Those plans include you. “In him we were also chosen, . . . according to the plan of him who works out everything in conformity with the purpose of his will” (Ephesians 1:11 niv).

This discovery changes everything! 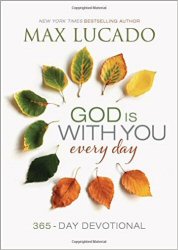