Calvary, Couponers, and Crafters » Calvary » Mindful Monday Devotion for 4/14: HE IS RISEN!!

Mindful Monday Devotion for 4/14: HE IS RISEN!! 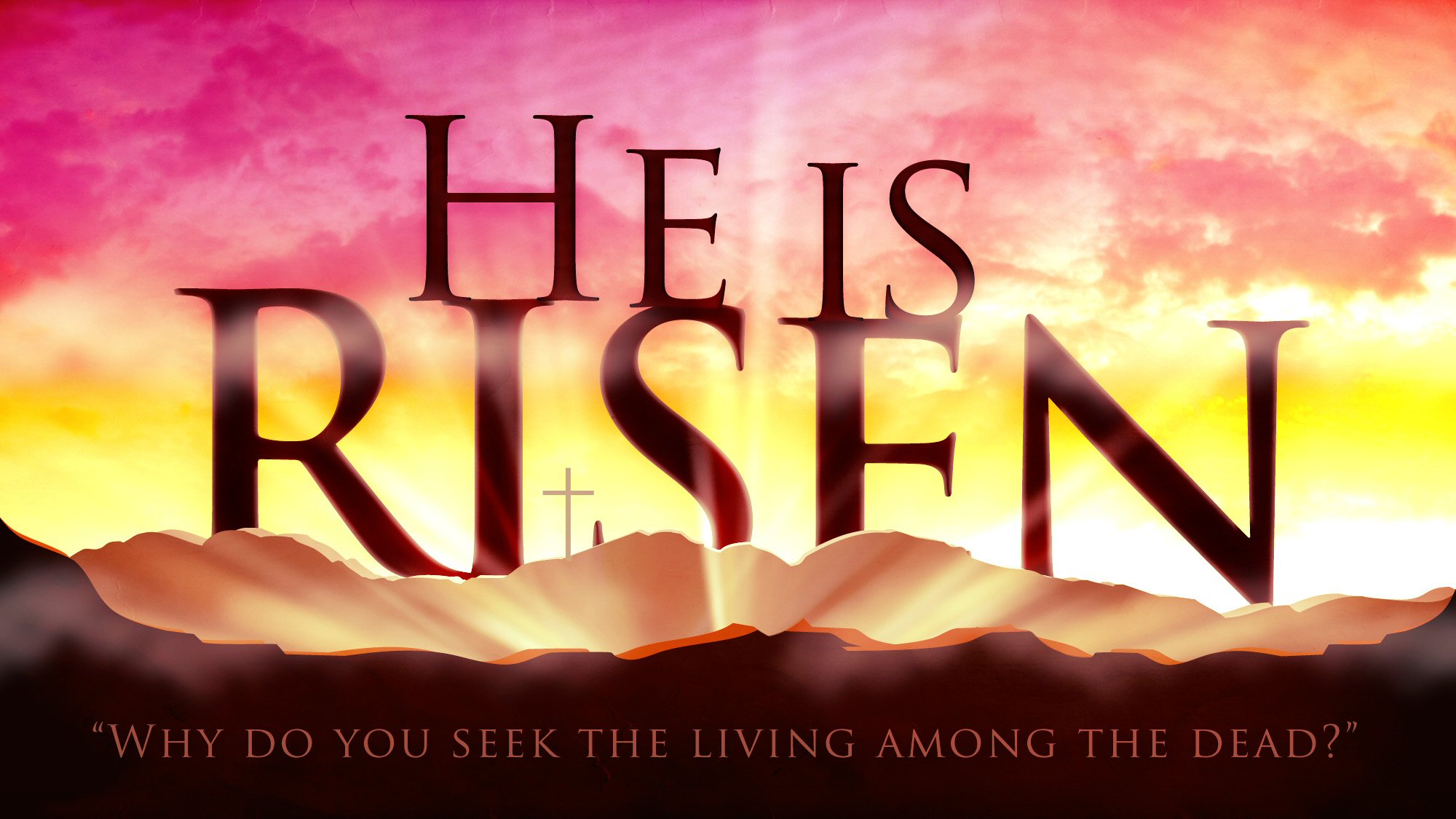 He Is Risen!  What better words to be mindful of for ANY day, but particular during Holy Week!  We need to meditate on this fact every day of our lives!

What does it mean that Jesus is Risen?

It’s only the whole reason for Christianity itself!  Jesus came to earth to be born as a baby in a desolate community of an enslaved nation of Jews being ruled cruelly by the ancient Roman empire.  Every day was a struggle and the mortality rate was high. Well look, this poem says it better than I can:

He was only thirty three

His friends ran away
One of them denied him
He was turned over to his enemies
And went through the mockery of a trial
He was nailed to a cross between two thieves
While dying, his executioners gambled for his clothing
The only property he had on earth

But it doesn’t end there!!!  He did die and was buried in a borrowed grave, but HE ROSE AGAIN!!  Why is that important?? It’s VITALLY important! The Got Questions web site explains it really well:

“In 1 Corinthians 15, Paul describes in detail the importance of the resurrection of Christ. Some in Corinth did not believe in the resurrection of the dead, and in this chapter Paul gives six disastrous consequences if there were no resurrection: 1) preaching Christ would be senseless (v. 14); 2) faith in Christ would be useless (v. 14); 3) all the witnesses and preachers of the resurrection would be liars (v. 15); 4) no one would be redeemed from sin (v. 17); 5) all former believers would have perished (v.18); and 6) Christians would be the most pitiable people on the earth (v. 19). But Christ indeed has risen from the dead and “has become the first-fruits of those who have fallen asleep” (v. 20), assuring that we will follow Him in resurrection.  The resurrection of Christ is the triumphant and glorious victory for every believer. Jesus Christ died, was buried, and rose the third day according to the Scripture. And, He is coming again! The dead in Christ will be raised up, and those who remain and are alive at His coming will be changed and receive new, glorified bodies (1 Thessalonians 4:13-18). Why is the resurrection of Jesus Christ important to salvation? It demonstrated that God accepted Jesus’ sacrifice on our behalf. It proves that God has the power to raise us from the dead. It guarantees that those who believe in Christ will not remain dead, but will be resurrected unto eternal life. That is our blessed hope!