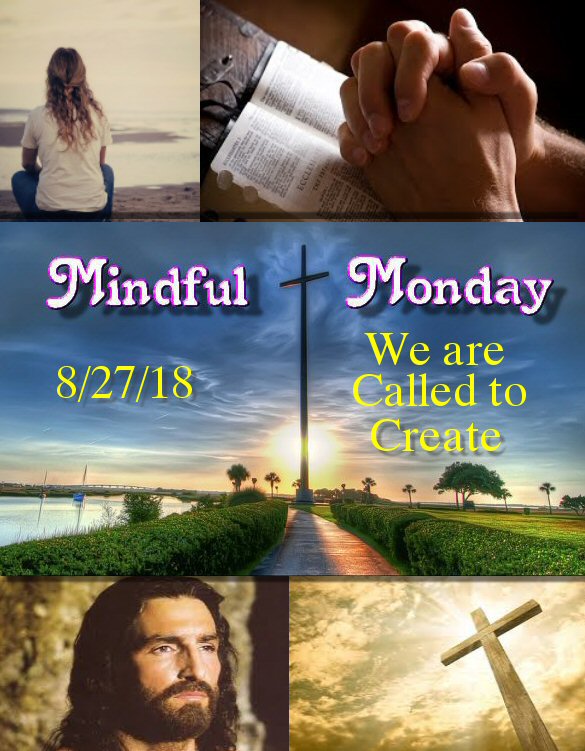 This devotional came at a really opportune time for me.  I’d recently been giving a lot of consideration about what to do about couponing blogging on my CalvaryCouponers.com blog.  I had been frustrated about the scammers bombarding the two large couponing Facebook groups I admin and the time it took me to moderate the pending posts,deleting a ton of spam and porno site links.  I was just frustrated and the whole coupon blogging world was just ‘old’ to me as a result.  After some prayer and thought, I felt like the Lord was reminding me of why I started that blog to begin with.  To help my family and others like mine learn to save money on needed groceries and be able to have a little more money at the end of the month.  Also given my natural inclination towards inclination, it gave me a creative outlet as I design 90% of my own graphics.

I just had posted about resuming my coupon posts on that blog when later that evening I read the following devotion.  See if it inspires something in your life as well!

Ever since Adam and Eve ate the forbidden fruit, work has been arduous and difficult (Genesis 3). But as we saw yesterday in Genesis 2, work is not inherently bad—it was designed by God to be an act of worship and a meaningful way for humans to glorify God and serve others.

In a fallen world, it can be difficult to see the goodness, meaning, and eternal significance of our work. I doubt many of Casper ten Boom’s neighbors saw his work as particularly meaningful. As his daughter Corrie remembers in her book, The Hiding Place, for more than sixty years, ten Boom went to work every day as a thoroughly ordinary watchmaker and shopkeeper. But while ten Boom’s work may have appeared as monotonous as a ticking timepiece, he was a man who loved his work and saw it as a calling from God, using his watch shop as a means of serving his neighbors and discipling his employees. While ten Boom was faithful in using his work to serve the Lord in these “little things,” God had plans to entrust him with much more responsibility as Europe headed into World War II.

After the Germans invaded the ten Booms’ hometown of Haarlem in the Netherlands, the family began leading a clandestine effort to hide Jews and others at risk of extermination by the Nazis. Ten Boom’s unassuming watch shop quickly became the front door for the anti-Nazi underground network in town, used to smuggle food and other supplies to the Jews hiding in the ten Boom’s home behind the watch shop. The ten Booms even used encoded messages about “watches” as a means of communicating critical information across telephone lines undoubtedly tapped by the Nazis.

On February 28, 1944, German soldiers caught the ten Booms and sent Casper and Corrie to prison. At the time, the ten Booms were hiding four Jews and two members of the underground network. When the ten Booms were taken away, they didn’t know if these six people were dead or alive. Weeks later, while detained at Scheveningen concentration camp, Corrie received an encoded message informing her that “All the watches in your closet are safe.” Corrie knew that the six had made it out alive. Ten days after his arrest, Casper ten Boom died at the age of eighty-four, not knowing that his work as an entrepreneur and watchmaker had been used in this dramatic way to accomplish God’s will one more time.

I recently had a chance to visit ten Boom’s watch shop, which is still in operation today. As I approached the front door, I was startled by how ordinary and unassuming the shop is. Most people walked by without giving the shop a second look. I’m sure many of Haarlem’s residents looked at Casper ten Boom’s work as a watchmaker the same way, wondering what meaning there was in tinkering with timepieces for sixty years. But ten Boom leveraged his work in some incredibly meaningful ways. And while our stories will almost certainly not be as dramatic as ten Boom’s, the fact is that as we embrace God’s call to create on our lives, He will use our work in ways we can’t even imagine to accomplish His will.

And to Adam he said, “Because you have listened to the voice of your wife and have eaten of the tree of which I commanded you, ‘You shall not eat of it,’ cursed is the ground because of you; in pain you shall eat of it all the days of your life; thorns and thistles it shall bring forth for you; and you shall eat the plants of the field. By the sweat of your face you shall eat bread, till you return to the ground, for out of it you were taken; for you are dust, and to dust you shall return.”
Genesis 3:17‭-‬19 ESV

This devotional and others can be found in Jordan Raynor’s book, “Called to Create”