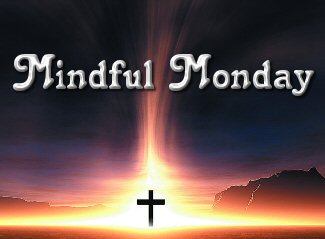 As I mentioned last week, my best friend, Morado died unexpectedly this past December 19th (barely over a month ago).Oh how I miss her! I miss her friendly private message everytime I log on.  The internet (especially Facebook) seems so quiet without her 🙁  Part of my despair is not being totally sure she was ready for eternity. We were friends for nearly 20 years, so I have shared Jesus with her many times over the years and I share a lot of Bible verses and things pertaining to the Gospel on my status reports on Facebook and she no doubt saw many of those whether she told me she did or not. But still, now that she is gone it’s haunting me. That not so subtle nudge from the enemy telling me “You didn’t talk to her about Jesus enough, what kind of Jesus’ disciple are YOU?”  Though I look back over the years and remember conversations we’ve had, there were times I felt the nudge of the Holy Spirit saying to talk to her more about Him, and I did. There were a few times she told me she did believe in Jesus and that He died on the cross for the sins of the world. I just never was confident that she had ever repented and given her heart to Him.  I still feel guilty at times like I didn’t do enough. But for many days after I found out she was going to die…well I was a basket case…It was bad. At times still is, but it is still fresh and the Lord is ministering to me.

Morado was on dialysis, but she went into the hospital for a minor back surgery.  She had spinal stenosis (as do I,but not as badly as she) and the nerves in her back were getting so pinched that she reached a point where she could not walk. Then she could not even stand.  Then she was in a wheelchair for…oh it seems like a year but it may not have been that long.  So she found a surgeon who said he was certain he could operate and correct the pinching so that after surgery and some rehab she would be mobile again.  She was so happy, the two of us were counting down the days till surgery (literally). Then the very worst happened 🙁

She went into the hospital and was being prepped for the surgery on December 1st and unbeknownst to me, she had a heart attack when they were prepping her for surgery.  I didn’t know till she was dying the full course of what had happened.  I heard from one of her other friends that they had spoken to her and she sounded good. I was relieved and stopped worrying so much and thought she was just recovering and not allowed to have her phone or tablet with her or something to let me know she was ok.  Then the call came from her niece.  She had had a heart attack when they were prepping her for surgery and was recovering from that when she suffered a violent stroke.  The doctors didn’t expect her to live past the weekend. Sure enough…Saturday her niece called me again saying Morado was gone…

During the time between the first and second phone call, I was fearing for her soul, so I emailed about 20 churches in the Durham, North Carolina hospital where she was dying. (I am in Ohio). I begged them to send someone over to share Jesus with her before it was too late. I heard back from two that said they would go. One went and she was unconscious and they couldn’t speak with her.  The other one emailed me back with the hope I will carry for her the rest of my days. He was the palliative care chaplain at the hospital she was in and said that the nurse caring for Morado was a strong Christian as well. He said the nurse told him that when he entered her room, she told Morado that there was a pastor there to speak with her. She was unable to speak,but she told him that when she told Morado about a pastor being there to pray with her that Morado’s eyes went immediately to him and stayed on him as he went to her bedside and spoke with her.  He shared Jesus with her and she kept her eyes on him. He prayed and said he hoped she was praying along because he couldn’t know for sure as she was unable to speak from the stroke.

Did she receive Jesus as the thief on the cross, just in time before slipping into eternity?  I’ll never know till I get to heaven as I’m hoping to see her there.  But between a few emails back and forth with that pastor and the Lord showing me the same scripture in a few different ways, the condemnation that was weighing heavily upon me between those two calls from her niece and afterwards has lifted:

Now the KJV isn’t my very favorite translation, but that is the version that it kept coming to me in. (I like to share surrounding sentences to get the context).

“Who then is Paul, and who is Apollos, but ministers by whom ye believed, even as the Lord gave to every man? 6I have planted, Apollos watered; but God gave the increase. 7So then neither is he that planteth any thing, neither he that watereth; but God that giveth the increase. 8Now he that planteth and he that watereth are one: and every man shall receive his own reward according to his own labour. 9For we are labourers together with God: ye are God’s husbandry, ye are God’s building”

So there was condemnation striking me for weeks telling me I didn’t share enough (though honestly aside from moments of doubt I really think I must have…).  BUT GOD.  There were probably three different instances apart from each other where that scripture would pop up and stand out to me.  Along with that, something the pastor who prayed with her said to me has stuck with me.  He said that God is faithful and He gave her (as he does every one of us) all the time and circumstances she needed to come to him.  Along with reminding me of God’s faithfulness, that passage told me that though I seeded and watered, no matter how much I seed and water, it’s finally up to God to give the increase.  It’s GOD who does the convicting and GOD who brings the seeds and water to fruition and brings it together to birth a beautiful plant and in this case a beautiful child of God.

I will never know till I reach glory, but I get comfort from the Holy Spirit when I pray about her death that she may be with Jesus.  Perhaps those final emails I sent out on her behalf was the final watering I was entrusted with.  Then God.  The rest was up to Him. He loves her more than I have and more than anyone in her life ever has and He was and is faithful to her.

Before He ascended to Heaven, Jesus gave the great commision to go out into all the world and make disciples.  He never said we would do the convicting, we were just supposed to share the message -the Gospel -the “Good News”.  The Holy Spirit He sent us at Pentecost does the convicting.  He is the one who is faithful to speak to the hearts of man.  To those who have heard the gospel, it is He who gives the increase.  That’s HIS job.  We have to trust that the Lord knows what He is doing and our job is to share the message of the gospel, and of course to try to live by the example Jesus taught in the Bible and people would see Him through us.  God is faithful.

So this is a deeply pained, deeply personal lesson for me, but I share it with you to try to remind you to share the gospel with all you can while they are still here and try to live the life of a true disciple before others and leave the rest up to God.  He IS faithful!

As I was typing that the words to this song came to my mind and I haven’t heard it for a while, so I’m feeling that it is the song the Lord wants me to share this week. After looking up the song with lyrics for you on YouTube and reading the lyrics, it’s perfect for this devotion.  His strength IS perfect…both to carry me through this time of profound loss and to have been totally faithful to my best friend.