Calvary, Couponers, and Crafters » Bible Prophecy » End of the Age Prophecy Updates for 11/13/16 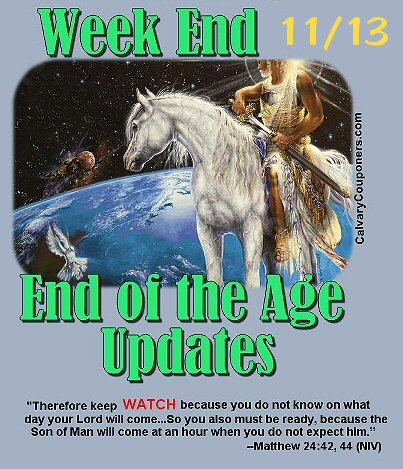 Hello everyone 🙂  Please forgive me for not getting last week’s End of the Age Updates post up on the blog. I was down with a really nasty case of bronchitis.  In my absence we elected a new president here in the US. There have been a lot of people very unhappy about the outcome but I would like to remind us all that it is God who raises up kings and takes them down (Daniel 2:21) and we need to come together as as a world and particularly as a body of Christ for those of us who believe, and spend our time praying for our leaders and for God’s will to be done.

Now it’s time to:
To go to church and not forsake the gathering!
To get plugged in at the church and serve!
To study and share the Word!
To restore relationships!
To pursue Godliness!
To encourage each other!
To witness to a dying world!
To prepare and equip the saints!
To get ready for the rapture!

There is a lot more happening in our world than here in the US that we need to be watching as well, and with that in mind, I share with you this week’s prophecy updates: 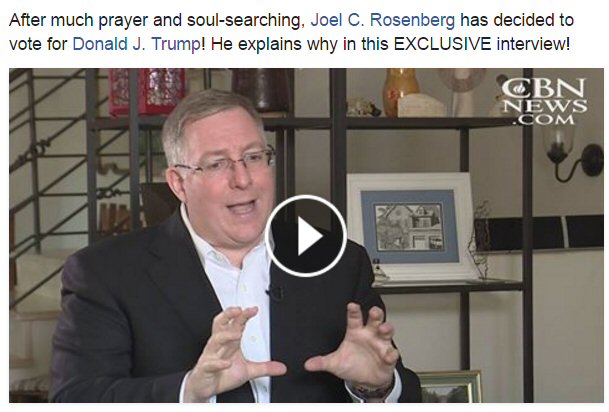 “Israel’s Sanhedrin Calls For Trump and Putin to Build the Third Temple”:

His Channel:  “World News Briefing”  Barry Stagner and Mike Macintosh 11/10/16 (click on image below to bring up page):

EternalRhythmFlow (Scotty Clarke):  “TRUMP WINS in a Landslide! 777 Prophecy! – This fact may have indicated it in advance!”:

Jerusalem Channel: “Enlarge Your Heart for All the Families of the Earth”:

Chick-Fil-A Manager Offers Blessings to Drifter, Diners Feel it Too

Indonesia: Christians Hopeful One Year after Churches Destroyed by Extremists

Satanist Sent to Destroy Church Ends up Coming to Christ

Does Obama have ‘December Surprise’ ready to pounce?

Robbing Christ of His Glory Through False Teaching

Signs in the Heavens:  November 14th the closest full moon (Supermoon)that we have seen since 1948 when Israel became a nation