Calvary, Couponers, and Crafters » Bible Prophecy » Weekend End of the Age Updates for 2/28/16 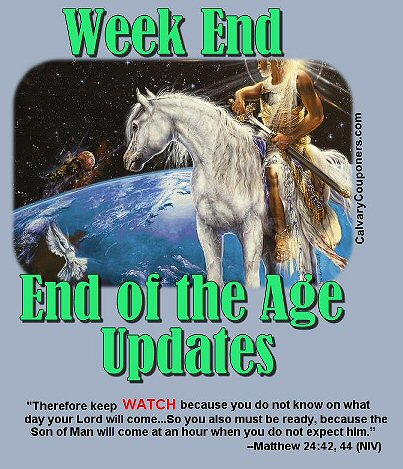 I’m still working on my blog code and decided to rework the design since I had to redo the code anyway. When I first started Calvary Couponers there were three of us that were supposed to work on it together so I didn’t add a photo, but my two would be-blog mates lost interest and it’s been just me. So as I’ve been told that a photo at the top makes you more relatable to your readers, I added it this time.  I got that redesigned and it’s all good but the buttons on the header.  They aren’t clickable yet.  For those who understand web design, I created a child theme to keep from losing my customizations the next time I have to update the theme (or decide to get a new theme) but I’m self taught and I have the code I worked up for the image map on the header but can’t figure out yet where to insert the code in the child theme. So….with that said…just know I’m still trying to get it right 🙂 (That on top of fighting off a wicked cold I’m the last in the family to get).

In the meantime, here is this week’s end of the age update for Sunday, February 28th:

Prophecy in the News (Gary Stearman) Kevin Clarkson and Brent Miller, “Nobody Knows the Day or Hour”:

“The Land Belongs to Israel”: