Calvary, Couponers, and Crafters » Bible Prophecy » End of the Age Prophecy Updates for 10/9/16 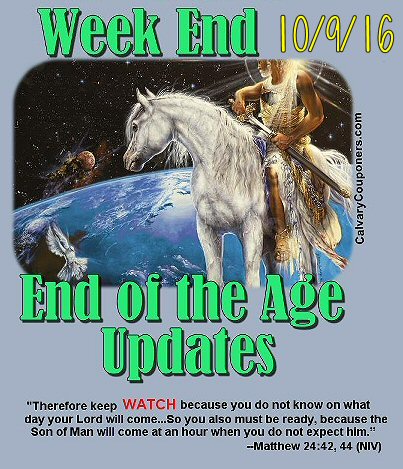 There’s SO much going on around us, it’s crazy! It really makes one’s head spin.  Between the US election insanity, the Syrian civil war, Russia’s saber rattling.  There are a lot of updates in this week’s post, but in trying to be a good watchman’s apprentice, I share what I’ve found for our information and consideration.  Remember to keep all these things in your prayers!

(Embedding was disabled, so you have to click here to watch it)  (PM Service can be seen here)

A timely article by Joel C. Rosenberg.  Click on the image here: 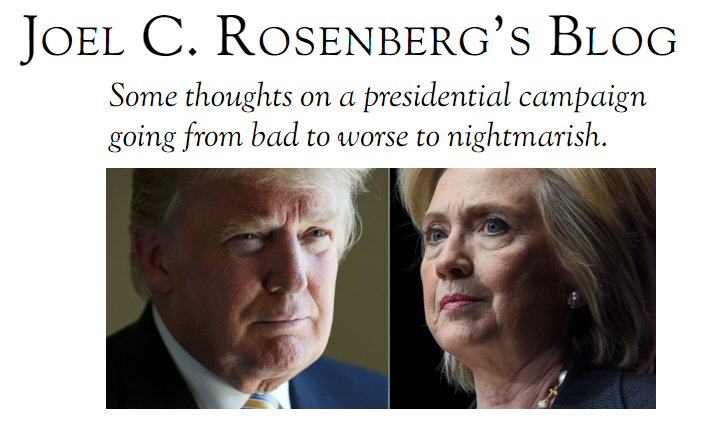 Prophecy in the News: Kevin’s Korner – It’s All About Timing (with Billy Crone):

“Russia and the US in a standoff over Syria”:

Other Videos This Past Week from Steven:

Trump Change On Russia may Suggest Briefings On A Military Strike

The Superior Word Prophecy Update,  9 October 2016, (Government Out of Control):

His Channel:  “World News Briefing”  Barry Stagner and Mike MacIntosh 10/6/16 (click on image below to bring up page):

EternalRhythmFlow (Scotty Clarke):  “How The Revelation 12 Child Has Authority to Rule With the Messiah for 1000 Years”:

Matt Drudge Suggests Government May Be Lying About Hurricane Matthew

The Dangers of Apostasy in the Church: Are You Sitting Under False Teaching?

Will the Church Recognize the Evil One?  Probably Not.

Breath Prayers:  How to Become a Buddhist Christian

Netanyahu tries to ease US concerns after harsh settlement condemnation

PM to Kerry: New West Bank homes only if no other solution for outpost evacuees

PA officials: Abbas in good health, but may continue tests in Jordan

Egypt unhappy with ‘unjustifiable’ US security warning to tourists

Sign of Thaw With Iran: American Cellphones Ringing in Tehran

US taxpayers made millionaires out of Afghan gangsters, warlords and connected class

Amid Syrian chaos, Iran’s game plan emerges: a path to the Mediterranean

Turkey suicide bombers blow themselves up after being stopped by police

Attendance plummets at Oktoberfest amid fears of refugee sex assaults

North Korea is ‘racing towards the nuclear finish line’

This Was the Week the World Got Really Anxious About Globalization’s Future – Markets might never be the same again.

Scottish nationalists say UK has “no mandate” for hard Brexit

Melania Trump: Donald’s words ‘unacceptable and offensive’ – ‘This does not represent the man that I know. He has the heart and mind of a leader. I hope people will accept his apology, as I have.’

Nigel Farage: Trump ‘Not Running to Be Pope–He’s Running For President’

A weakening Matthew rakes Atlantic coast; US death toll at 9